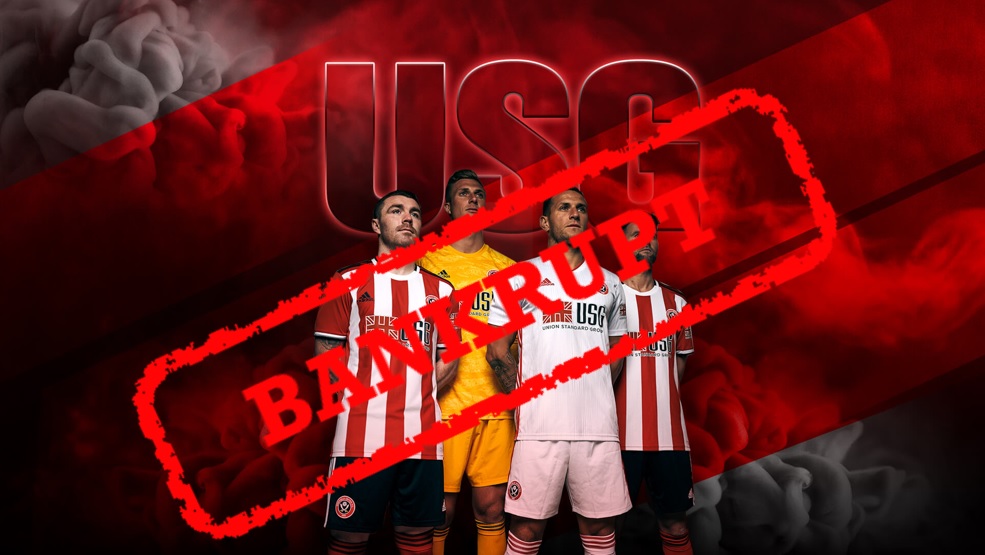 The story of the bankruptcy of Australian Retail FX broker USGFX just got stranger. And, potentially, a lot bigger.

The administrators for bankrupt Union Standard International Group Pty Ltd, which operated the USGFX.com brand in Australia, have issued an update for creditors of the company which details (lots of!) missing money offshore, uncertainty as to who really owned or owns the company, an inability to sell the company’s key assets, and even more uncertainty as to how long the whole liquidation process might take – and what creditors might get back on the dollar.

Peter Krejci and Andrew Cummins of bankruptcy specialist firm BRI Ferrier issued a report which uncovered some amazing findings about what led to the failure of USGFX, and what has transpired since. The report continues to give doubt as to how long the whole process might take (it will be long), and how much money they will ultimately recover. Some excerpts from the report on some of the key issues that the BRI people have had to deal with include:

Leading up to USGFX’s bankruptcy filing. The Company was part of the larger “USG” group, which we understand was controlled offshore by the Shareholder, Union Standard International Holdings Limited (registered in Samoa), and the ultimate beneficial owner Mr Soe Hein Minn.

The business model appears to have been based on making a financial market against which clients would take highly leveraged positions (500:1 in some circumstances). This resulted in very high trade volumes going through the USG platform, where the Directors advised that the trade volumes may have been up to AUD$30 billion (USD $22 billion) per month at its peak. The financial records indicates that the business operations as a market maker, were profitable for the Company. This is despite an extraordinarily high proportion (around 75% to 85%) of the Company’s margins/profits, being paid out to introducing brokers and CARs as agent fees.

We understand that a serious dispute developed between the Australian management and the offshore Director Mr Soe Hein Minn, where the Australian management had serious concerns that the financial information being provided to them by the shareholder (Soe Hein Minn and related parties) was not accurate, and that the Company was insolvent. As such, the Australian management requested that the Shareholder, who effectively controlled the financial operations and reporting, provide them with ‘administrator’ access to the platforms and also contribute additional capital sufficient to meet the withdrawal requests. The Shareholder declined those requests. The information provided to us and our own enquiries certainly support these concerns as to the insolvency of the Company.

Uncooperative shareholder. The Administration of the Company has proven to be significantly more complex and difficult than originally envisaged. This was largely as a result of the lack of cooperation from the offshore Director (Mr Soe Hein Minn), the Shareholder and their related entities, who collectively controlled the trading platform, website and the majority of the critical records. As such, we obtained various orders from the Federal Court of Australia, requiring the shareholder and Soe Hein Minn to provide the relevant records and access to the platforms, so that we could investigate the financial affairs and deal with client claims. The shareholder and Soe Hein Minn largely did not comply with those orders and are in contempt of Court.

Missing funds. During our appointment, we secured the available assets of the Company, being operational and trust funds held with Australian banks and offshore liquidity providers, in total being around AUD11M. However, we have been unable to secure the major asset on the Company’s balance sheet, being funds held with offshore Money Processors. The largest Money Processor was known as “UPay” which reportedly held approximately AUD14M as at our appointment. UPay have failed to respond to any of our correspondence to date, and now appears to be defunct. We have conducted extensive investigations into UPay, including retaining external investigators, and it appears the UPay may not be a legitimate business and may in fact be controlled by the Shareholder. We are currently considering the ramifications of this as many clients had deposited funds with ‘UPay’ which may now be unrecoverable.

Who really owns the company. Those investigations have necessarily extended to the shareholder and the ultimate beneficial owner, Mr Soe Hein Minn (said to reside in Myanmar). The preliminary reports suggest that key regulatory documentation for Mr Soe Hein Minn cannot be substantiated and may not be genuine, which causes us to have serious doubts as to whether Mr Soe Hein Minn is the bona fide individual purportedly to control the USG Group. Of further concern is the fact that no person has actually met Mr Soe Hein Minn, and in recent legal proceedings he did not attend nor was he represented. Given the size of the USG operation as a whole, this appears highly irregular.

Even more missing money (maybe). We have also become aware of a group of creditors who are understood to have invested in a financial product that offered a monthly interest return of around 0.8% per month. Our investigations indicated that this product, known as U-Plus, was promoted only overseas (predominantly in mainland China and Taiwan) quoting the Company’s AFSL on the offer documentation. Our enquiries indicate that the Company did not issue a Product Disclosure Statement (“PDS”) for such a financial product, and it was not allowed under the Company’s AFSL conditions. To date, we have received approximately AUD137M in claims from the investor creditors, however there are no such liabilities reported in the Company’s financial reports, nor is there equivalent funds held in any known bank accounts for these creditors. The Australian based directors have advised that they were not aware of the U-Plus product, until June 2020, where our appointment followed shortly thereafter. We are continuing to investigate these investor claims as to whether they are valid liabilities of the Company, in which case the historical financial reports are likely materially incorrect, and there are either unreported assets or undisclosed losses equivalent to these new creditor claims.

Problem in selling the company’s assets. Fifteen parties registered initial expressions of interest. A data room was prepared for confidential information to be provided to parties wishing to engage in due diligence. Those parties were required to complete a Confidentiality Agreement and pay a refundable deposit of $5,000. Eight parties have completed a Confidentiality Agreement and paid a deposit. We have subsequently refunded two parties who have withdrawn their interest.

However significant difficulties were encountered securing the necessary information for parties to complete their due diligence. We sought cooperation from the shareholder to obtain necessary data and control of the trading platforms used by clients to trade. Despite numerous requests and various Court Orders to obtain compliance, access and requests for meaningful information has not been forthcoming. We also sought to obtain control of the Company’s Client Relationship Management System. Lack of meaningful information significantly compromised any sale prospects. This has included the sale of the Company’s client list (possibly including their net equity positions). We have obtained legal advice regarding the ability to realise certain assets in a liquidation scenario and continue to explore sales although they are for a reduced pool of assets, at likely reduced values. In this regard, the AFSL can no longer be sold, given ASIC decision to cancel it.

Some parties continue to express interest in the remaining assets, in particular the client lists, the MT4/5 licenses and the Sheffield Football Club sponsorship. [Editor’s note: we had assumed that the Sheffield sponsorship – which is a main-sponsor, front-of-shirt deal – was just going to be inherited/assumed by USGFX UK, a separate, FCA regulated operation. That was also supported by a statement made by USGFX UK management, carried exclusively here on FNG at the beginning of September. However from what BRI Ferrier wrote above it seems as though it considers the sponsorship rights an “asset” of the bankrupt Australia company, which it is in process of selling]. We cannot disclose any further information, so as not to prejudice the commercial negotiations. The obstructionist behaviour of the Shareholder and associated parties has hampered any sale and likely caused loss for the creditors. The Company may bring a claim against those parties for the loss in due course.

The full text of the USGFX creditor report can be found on the BRI Ferrier website here.