The rebellious vs the self-righteous: As London votes, what about FX and stocks? The following is a guest editorial courtesy of Andrew Saks, Head of Research and Analysis at ETX Capital.

It is very clear that next week’s London Mayoral elections are being regarded as the most poignant in modern history, and in some respects the most disruptive since the rise to prominence of young Dick Whittington some 800 years ago.

OK, Dick Whittington was actually the Lord Mayor rather than the Mayor, and his legacy remains in the attire and prose used by the City Aldermen who govern the world’s largest financial center from beneath majestic red gowns and hats, thus the modern Mayor of London is a non-titled position in which the incumbent is charged with the political leadership of the 33 London Boroughs.

What has some public sector bureaucracy got to do with the global financial markets, and even more specifically with the value of instruments traded on such markets?

Ordinarily, very little indeed. In the modern era of electronic trading, it is likely that no FX industry executive, Tier 1 bank dealing staff, nor any traders whether professional or amateur have allowed their cognitive resources to be wastefully consumed by the ramblings of pseudo-communist Ken Livingstone, or satchel-wearing, bicycle riding eccentric Boris Johnson.

Both of these individuals, whose perspectives at their time of office could not be more opposing, invoked what they thought would be in the interests of a better city. Ken Livingstone wanted to take London back to the dark ages by banning all motor vehicles, whilst Boris Johnson extended his interest in riding a 1950s-style cast-iron shopping bike by providing them for rent to anyone who would like to join him in his quest for commuter misery.

Neither of these oddities were of any consequence to London’s core activity, that being global dominance in terms of capital markets and finely honed financial prowess.

Today, however, things are somewhat different.

During recent times, a totally new momentum has appeared, polarizing the thoughts and aspirations of leaders, businesses and members of the public and therefore this time, it cannot be ignored by participants in the electronic financial markets sector.

The traditional methods of running the global financial capital are a thing of the past.

As Britain considers its relaxation plans for a long, sunny three-day weekend, the Mayoral race is heating up and will be one of the main factors in next week’s markets, with its effect likely to last for some time.

Bizarre words such as ‘woke’ which is not correct English, are being used by senior politicians and the absurd ideology which it describes is being questioned by some candidates, and upheld to the extreme by others.

Financial prowess is London’s forte, and always will be, therefore some of the candidates are absolutely committed to ensuring security and ease of operation for a fluid and comprehensive business environment, free from the brutal restrictions of lockdowns which have decimated productivity and caused the United Kingdom to become uncompetitive compared to fully open areas of the world such as Sweden, the US States of Texas and Florida, and the vast majority of the highly industrious Asia Pacific region, itself home to two financial markets giants Singapore and Hong Kong.

Others are intent on championing the cause of illiberality, monitoring what people can and cannot say or think, and are as anti-business as Gail Bradbrook on, well, a May bank holiday!

Not for many years has such a dichotomy in opinion existed, and perhaps that is why some 20 candidates are standing for election, all representing very different ideologies, except for the two mainstream parties, Labor and Conservative, the latter being conservative by name but certainly not by nature, which are almost indistinguishable from each other.

Rejecting the trendy “I’m woker than you” puerility of the two main candidates are many others, and for this reason, a link between financial markets and the Mayoral race is most certainly more than just sharing the same city as it has been in the past.

Should current leader Sadiq Khan be re-elected, a punitive set of rules will be applied to all London households, commuters and businesses in the name of the climate agenda. Thus, middle managers may consider the cost of commuting too high and will stay at home, or seek to work elsewhere, causing a potential talent exodus.

Talent exodus? Surely we are all too arrogant for that to happen? London is the only place for talent. Well, yes. That is true in the West, but Singapore and Hong Kong’s well aligned financial centers would, as they have for many years, welcome British financial sector senior executives.

HSBC has stated that it is moving to hot-desking at its Canary Wharf headquarters. Whether this is a PR to appear climate-friendly, or to appease those potential voters who think the hard-nosed banks insist on bringing their FX dealers to the office where the connectivity to Tier 1 dedicated financial infrastructure is accessible and markets can be operated fluidly, or whether it is true, who knows.

All in all, the mainstream parties have stated that they will impose more draconian lockdown, climate-related and other such trendy hindrances on London which may cause stock in the top listed companies to demonstrate volatile prices, as well as affect the British Pound’s currently stellar values against the Euro and US Dollar as the United States forges ahead in business and parts of Europe continue production in their traditional manufacturing heartlands.

The fringe parties, some of which are getting a lot of support, especially those advocating a dismantling of the legal framework that enables government to lock businesses and people down, which is being looked at by analysts closely.

It may well be that the old guard is led back into City Hall once the votes are counted on May 6, however by mere existence of so many ideologically differing counterparts, Britain’s businesses are looking at a change in landscape and a new era of future leaders that may gain ground over the next Mayoral term, thus London’s listed stock, its large banks which power the UK economy, and the value of the British pound are intrinsically related to this entirely new dynamic in British society.

ETX Capital is authorised and regulated by the Financial Conduct Authority, with Firm Reference Number 124721. 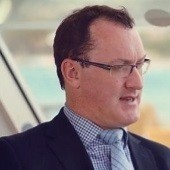 Andrew Saks is Head of Research and Analysis at ETX Capital. He was formerly CEO and Co-Founder of FinanceFeeds, Managing Editor at LeapRate and Editor at Forex Magnates.