SNB intervention in CHF – could history repeat itself? The following is a guest editorial courtesy of Jonathan Brewer, Co-Founder and Managing Partner of Prime of Prime broker IS Prime.

There are few participants in the FX market who need to be reminded about the events of January 2015, however there is a possibility that history could be about to repeat itself, which seems to be a risk that is rather less in the front of mind of today’s operators.

In January 2015, the Swiss National Bank had a policy of intervening in the currency markets to maintain a formal “peg” of EUR/CHF at 1.20. They operated a policy of effectively selling Swiss Francs in order to buy foreign currency denominated assets. Under sustained pressure from capital flows as a result of market activity, the SNB removed the peg, which led to a volatility shock that still reverberates today.

In the intervening period, the Swiss Franc has appreciated in value, and there are market rumours that the SNB is looking to maintain EUR/CHF at a rate above 1.05; the implication of this is effectively that there is an implied peg at 1.05. This theory is somewhat supported by the investment activity of the SNB.

It was reported yesterday by Catherine Bosley at Bloomberg that the Swiss National Bank appeared to intervene in the currency market to weaken the Swiss Franc, as indicated by the increase in funds held by commercial banks with the institution for two weeks running.

A closer look at the situation could suggest that the Swiss National Bank implied policy may be under some pressure, with current reserves arguably comparing unfavourably to the reserves held at the time of the January 2015 removal of the EUR/CHF peg.

The reserves of foreign currency denominated assets held by the SNB passed CHF 1 trillion for the first time at the end of July, compared to less than CHF 600bn at the time of the January 2015 de-peg event). According to an article in the Financial Times by Sam Jones, this means that the Swiss National Bank now has an investment portfolio which is larger than most of the world’s largest sovereign wealth funds. The greater emphasis on equities has benefitted the Bank, with gains of around $47bn on US equity positions over the last 6 months. However, this might suggest that the Bank’s reserves will be at some risk if the equities markets should experience a significant reversal of recent gains.

Opinions are divided in the markets as to whether the Swiss Franc is trading at fair value, or whether the rate could prove to be unsustainable. If the situation described above continues, it is reasonable to conclude that the FX brokerage market as a whole will start to monitor changes to SNB reserves, and possibly start to take measures to mitigate the risks of a repeat of the events of January 2015. 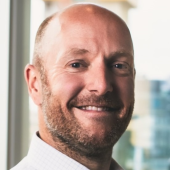 Jonathan Brewer is a Co-Founder and Managing Partner of Prime-of-Prime broker IS Prime.